For the last time, Norton soared to greatness and created a true superbike in 1967 with the Norton Commando 750 Roadster. Oh, if the English had known back then how many dreams this motorcycle held.

Presented at the Earls Court Motorcycle Show in 1967, the Commando featured a modern design and a completely redesigned center tube chassis. To protect the rider and frame from the vibrations, the entire unit consisting of engine, transmission and rear suspension was elastically mounted in the frame. The «Isolastic» suspension allowed movements in the longitudinal plane of the motorcycle through rubber elements, while movements in the transverse direction were prevented by arrangements of steel and Teflon discs to achieve a stable chassis. 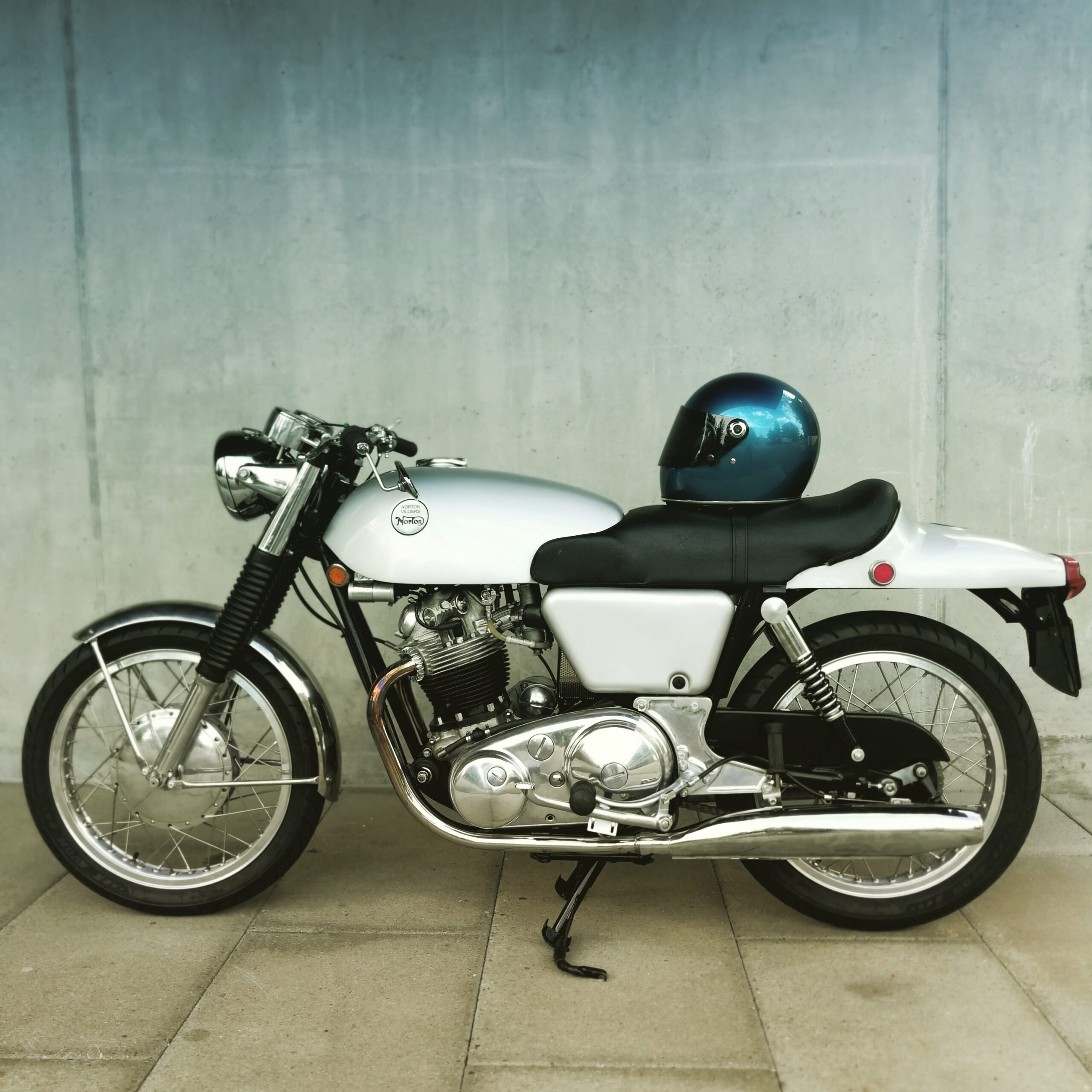 History of this bike

I found this Norton Commando in a barn – a typical barn find. In 1972, they had probably tried to make this bike faster and better, which was common at the time. However, the project was never finished and so it has been neglected for the last 40 years – regardless.

It was my first British motorcycle and I didn’t know then – that it would cast such a spell on me.

I read deeply into the history of the Norton Commando and found that I had one of the first Commandos a 1968 Fastback. So it was out of question for me if it will be a custom rebuild or a restoration.

Such a motorcycle has to be kept original, but gets technically new components installed. The engine was beautifully refurbished, with light aluminum pistons, higher compression, larger valves, sportier camshaft and an electric ignition. Also on the clutch, a beautiful Bob Newby clutch was used.

After many evenings, nights, weekends months she was then done. 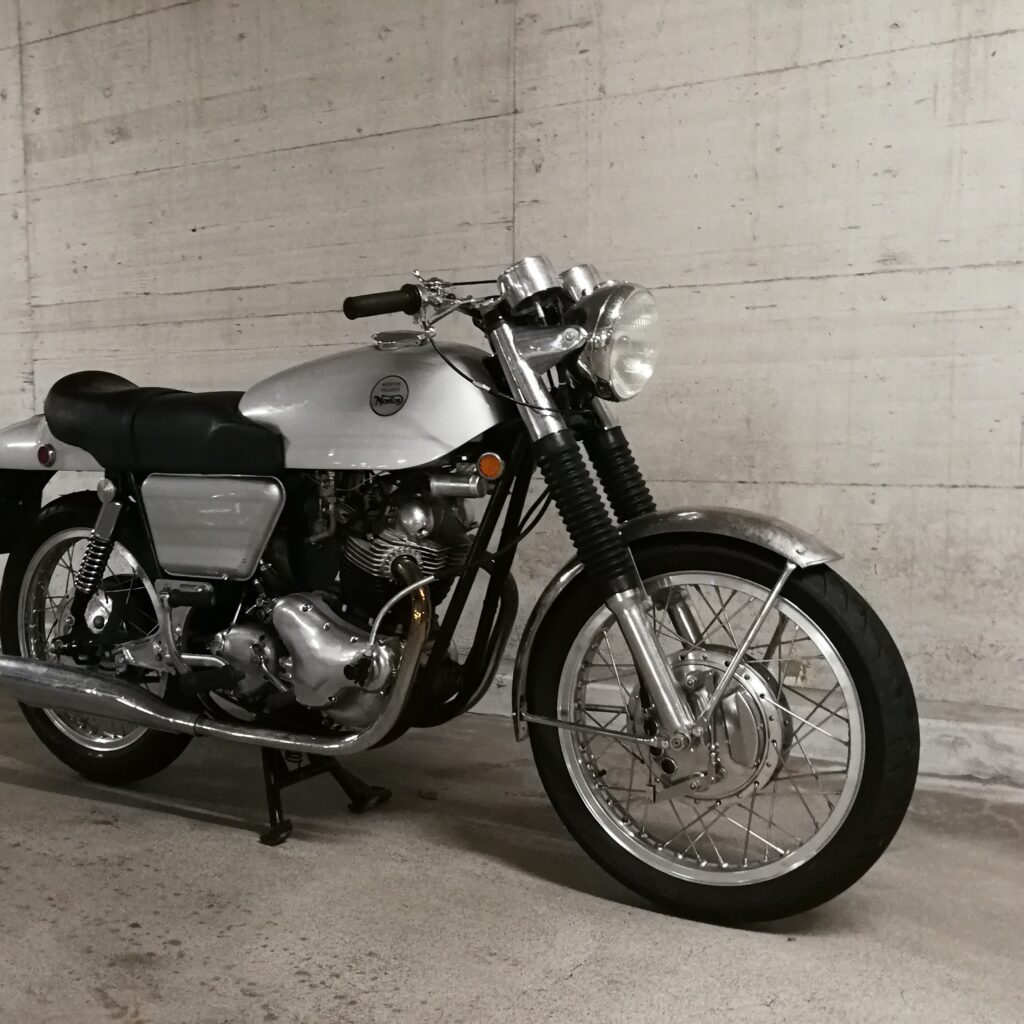 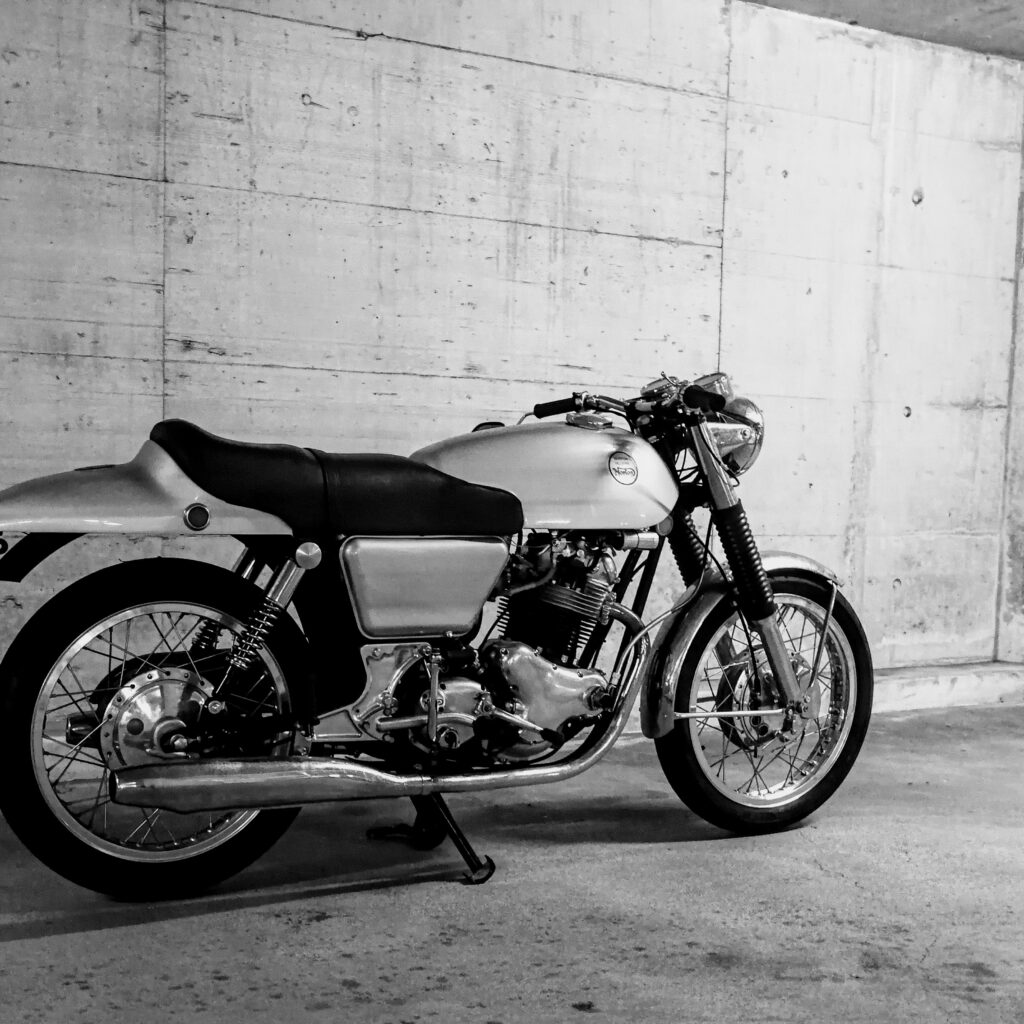